5 Accessories that will improve your photography

Even if it’s a quick snap or a humble (no such thing) selfie, you want people to like your photos. If it’s the pictorial history of your latest travels, or a portrait of your (always fabulous) kids – you’re looking for a response. Getting a slow ‘that’s nice’ is like a limp handshake.

Getting some great training from Bring Your Own Camera is a great start – we’ll show you how to make the most of the camera you already have. But until then, here are 5 common photography mistakes, and we’d love to share how you can simply avoid them.

The best part for you is that most of these suggestions don’t require a fancy camera or accessories, just a bit of common sense before you shoot and share. 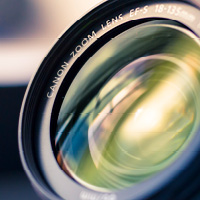 Many people buy their DSLR or mirrorless cameras in a kit with a zoom lens. Like the toy in the cereal box, there’s a reason it’s free (or at least cheap). Zoom lenses vary in their image quality at different zoom positions and f-stops (apertures). They generally need a lot of light. The more you do to overcome the engineering and physics challenges of a zoom lens, the more it costs to design and build.

That’s why the major manufacturers have at least 3 zoom lenses that cover the same range. You pay more for the better lens, and the kit lens…well they spared every expense. Slow focus, light hungry, made of plastic and a number of distortion issues. You got what you paid for.

But most manufacturers only carry 2 prime (fixed focal length) lenses for each size – a good one and a great one. It’s easier to design and manufacture a prime lens. And because you’re actually paying for it, you’re getting a better lens, and almost always better image quality than even a more expensive zoom lens.

Prime lenses are smaller, faster (wider apertures like f/1.8), much sharper (which is not everything but for me it’s way out in front) and a darn sight less expensive.

Most people (and surveys clearly include professionals in this) actually only use either end of their zoom lens. Seriously. So buy a pair of prime lens that represent either end of the scale you are likely to use and make the effort to think about what lens you’re using. Then, zoom with your feet. walk closer or step back!

The discipline of using a prime makes most people frame their shots better, and you’ll be getting much sharper images, and with the wider apertures you can control your depth of field (amount of things in focus from front to back) in the shot. You’ll also be able to use faster shutter speeds (again thanks to a faster lens letting in more light) so you can freeze action for moving objects.

You can have a better camera, but the glass in front is going to count for more than the pixel count. 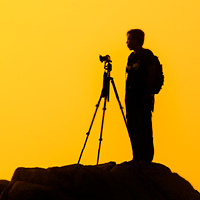 If it came as part of a kit, it’s probably worth less than what you paid for it. This not just harshness or snobbery, because sometimes cheap is not better than nothing.

A tripod is important if sharp images are important to you. And if you’ve ever zoomed to 100% of an image and wondered why it looks so noisy/grainy/blurry, it’s you and not your camera. When you hand hold a camera, you (and the camera) are in a state of constant motion. All the ‘I watched a sniper movie and can shoot between heartbeats’ stuff won’t help you. Neither will the image stabilizer on your lens. Even the best systems cover 5 axis of movement, but you’re trembling in 20 different directions at once, and even a fast shutter speed won’t overcome the tiny movements your body makes.

In fact, even the shutter and mirror movement (kudos to mirrorless cameras in this area) inside a DSLR will add blur to your image by vibrating the camera. So a cheap tripod that can barely carry the weight of your camera is going to sway in the breeze. Cheap materials will transmit vibrations from the ground (like your footfalls!) or the camera strap catching the wind.

You need a heavy tripod rated for a few pounds more than your camera and lens combined. A quick release mount is not an option you can do without.

A proper ball head is the usual choice – the ones with the 3 handles are bulky and touching them during the shot wobbles the camera. A video style head is great for filming, but you can’t move your camera from ‘landscape’ to ‘portrait’ (on its side) on that sort of head.

I use my camera on a super heavy tripod with a remote shutter release. That’s a little cable with a button on it that fires the shutter so my hands are not moving the camera while fumbling with the shutter button on the body.

Of course, you’ll also need a tripod for long exposures (wafting waterfalls, streaking tail lights in cityscapes and stars). Or if you want to be in the family group shot.

You’ll be astounded at the difference in sharpness and the fact that all that ‘grunge’ has suddenly gone when you view your images at 100%. 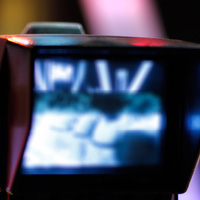 #03 A viewfinder for your camera’s rear screen.

You can purchase an LCD viewfinder (usually listed under LCD hoods and shades) that attaches to the camera body and provides a large eyepiece for you to look through. Inside the proper ones is a magnifying optic that makes the LCD look like 3’ instead of 3”. This accessory is doing 3 important things for you. First, it’s blocking out the ambient light so it’s easier to judge colour and brightness. Second it’s enlarging the image making it a lot easier to judge focus and see the small details like fly away hairs on people’s faces. And third, it lets you use the giant screen on the rear that’s twice the resolution on most cameras than the little ‘viewfinder’ you put your eye up to. Many mirrorless cameras don’t offer a ‘viewfinder’ and many that do…well I wonder if they shouldn’t have bothered.

If you’re using a DLSR for video, you can’t use the (almost always superior) optical viewfinder. When filming, the mirror that usually send the image to your viewfinder has swung out of the way so the sensor can make 50 images a second without interruption. Your mirror would tear itself loose after 5 minutes of that. But the rear screen can be hard to use when filming, so a clip on viewfinder magnifier is another essential accessory.

They usually attach through a magnetic frame that sticks (non-permanently) to your camera’s screen. Some use elastic or a small strip that screws into the tripod socket and clips to the bottom of the add on viewfinder. I prefer the magnets – it’s easier to remove or attach, though it’s not locked on and I have dropped mine into a river after I carelessly bumped it while trying not to fall in myself.

I use mine on a higher end Sony mirrorless camera and stopped using the viewfinder on the camera body all together. I use it for photos and video because mirrorless doesn’t have an optical viewfinder, and the resolution on the back screen is far superior. I can see better, manually focus more comfortably and there is less eyestrain so I don’t need to wear my glasses.

Touchscreens don’t play well, so this option isn’t for everyone. But a camera with real buttons that’s not entirely touchscreen dependant can still benefit from a clip on LCD hood. 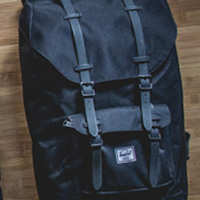 #04 A proper camera bag with a place for everything.

Being able to have everything you need in one spot means you’re less likely to forget (or lose) it. Being able to keep the rain and dirt off your gear means it’s not going to fail (even high humidity can affect some gear). And being able to put everything down or at least over your shoulder(s) means you can focus on taking the shot, not juggling.

This will make your gear last longer, sure but the real improvement to your pictures is that you’ll have the right accessories, especially batteries or lenses, you need to make the shot happen. There’s nothing worse than ‘oh I didn’t bring my long lens, but that speck in the branches is the rare (insert endangered species that surprised even your tour guide here).

I once appeared in the catalog of a very well-known bag company…on horseback with one of their body harness kits on. I could do that because everything had a place I could get to, and still be hands free enough to work from a horse. I’ve had that surprise more than once…be prepared for anything! 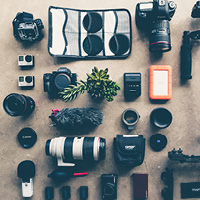 #05 Off camera flash with a wireless trigger.

This is a subject that deserves, and has many, its own book, let alone bullet point. Simply put, photography is all about light. We might not print as often as we should (graphy) but the light part (photo) aint’ goin’ anywhere.

A small light stand, a speedlite (that’s the flash itself) and the triggers and even a small umbrella will take up little more (often a little less) space than your tripod.

The wireless trigger, the transmitter, attaches to the hot shoe (the shiny metal square on top of the camera) and when you fire the trigger it sends a radio signal to the receiver attached to the foot of your flash and fires the flash in sync with your camera’s shutter.

You’ll need a little adapter that goes between the top of the light stand and the bottom of your flash (usually a 5/8” socket to a ‘cold shoe’) and that adapter will have a hole to poke the shaft of an umbrella or fold out softbox that turns the tiny flash ‘hard light’ in a large ‘soft light’ source that’s generally a much more flattering light for people.

There are whole websites devoted to this subject. It’s very easy to use off camera flash, and remember, you can keep shooting and looking at the screen on your camera until you get your flash’s power setting and position right.

Once you discover you can create beautiful light wherever you go, you’ll never look back.

Alternatives include flashes with built in radio receivers, flashes that talk to your camera (even wirelessly) via ETTL and they juggle the exposure together, or a physical cable that’s a lot cheaper, doesn’t need batteries but limits the distance you can roam around. Not to mention they get dirty and I trip over them, but for the price the cable’s worth it even as a backup.

So there’s a few ideas that will take you to the next level, and you didn’t have to upgrade your camera. I can only suggest that in photography, you really get what you pay for. All of these ideas will make more difference to your shooting, and the resulting quality, than a bucket more of megapixels.

Of course, we offer great training in a variety of photographic genres, and we can tell you what accessories are essential, not just optional, for the style of photography you’re interested in; and we can show you how to use them with hands on training. Training and accessories are cheaper than a new camera. Give us a call or email. 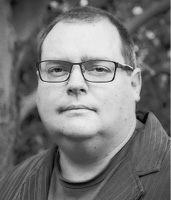 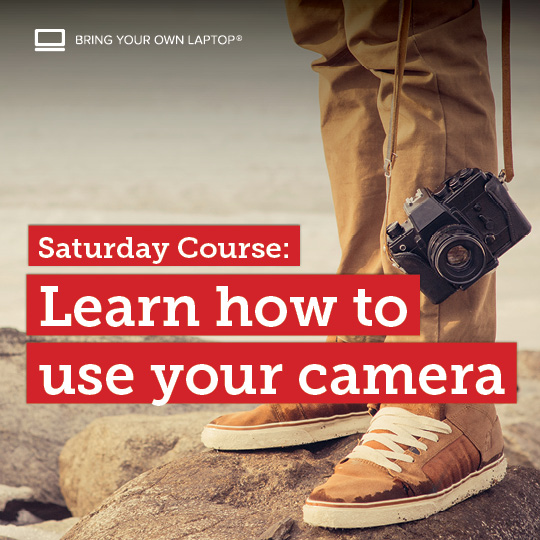 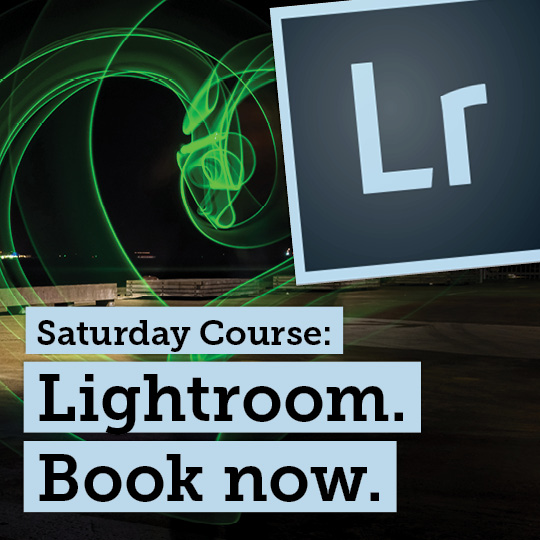 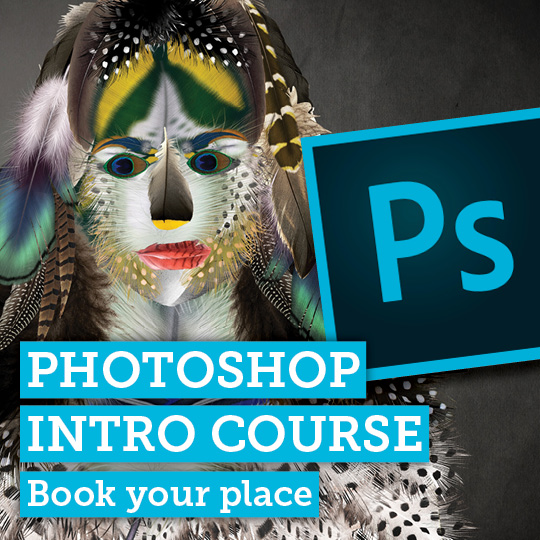